Section C: God’s Truth and You

“Believe in the Lord Jesus Christ, and you will be saved!”
“Keep the commandments, and you will surely have eternal life!”
“The commandments were abolished at the cross. We are saved by grace, not the law!”
Do such expressions sound familiar? Conflicting statements of this type are frequently heard. No wonder many say, “What’s the use? Either way, I’ll be lost!”

But in this lesson we want to see how four facets of our Christian walk to salvation all harmonize in a beautiful whole. 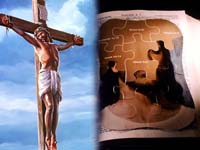 In the days of the American Revolutionary War, there lived at Ephrata, Pennsylvania, a plain Baptist pastor, Peter Miller, who enjoyed the friendship of General George Washington. There also lived in that town one Michael Wittman, an evil-minded man who did everything in his power to abuse and oppose that pastor.

But Michael Wittman was involved in treason and was arrested and sentenced to death. The old preacher started out on foot and walked the whole seventy miles to Philadelphia in order to plead for the guilty man’s life. He was admitted into General Washington’s presence and begged for the life of the traitor.

“No, Peter,” said Washington, “I cannot grant you the life of your friend.”
“My friend,” exclaimed the preacher, “he is the bitterest enemy I have!”
“What?” cried Washington, “you have walked seventy miles to save the life of an enemy? That puts the matter in a different light. I will grant the pardon.”

And he did. And Peter Miller took Michael Wittman from the very shadow of death, back to his own home in Ephrata. But he went no longer as an enemy but as a friend.

Another story will further illustrate the meaning of grace, or unmerited favor. On the eve of Waterloo, June 18, 1815, the rain was coming down steadily and relentlessly. Around the farmhouses of Hougemont and La Haye Saint, the sheaves of harvested corn looked sodden and spoiled. Napoleon had ordered Marshall Ney to place selected sentries on patrol around these strategic farms to prevent Marshall Bluecher and the German army from joining their British allies.

In the large cornfield outside the wall of La Haye Saint, a tall Corporal of the Old Guard had been called for sentry duty. He did his beat, up and down, in the driving rain. On one side, in the far distance he could see the sullen glow of British campfires. On the other, there was no sign of the Prussians. Up and down – up and down! He was getting weary, and he felt stiff and chilled. The corn shocks looked inviting; under them it was dry; one big sheaf turned over would make a good mattress. Certainly the enemy would not be out on such a night as this; there wasn’t a sound anywhere but the swish and splash of the rain. Oh, for twenty minutes’ rest and warmth; no officers would likely come around. No one would know! He looked all around, but nothing stirred but that monotonous swish of the steady rain. Good! He rolled up his greatcoat for a pillow and laid down the dry sheaf. Taking of his tall military hat and putting his long musket with its fixed bayonet by his side, the Corporal was soon comfortably covered and clear of the rain. A few minutes more, and he was fast asleep.

But that night Napoleon was taking no chances, in spite of his orders to Ney. Commanding his orderly to bring out his favorite horse, Marengo, and bundled up in his well-known long cloak, Napoleon and the orderly set out on a tour of the sentries around the farmhouses. All of them, alert, challenged these riders until the big cornfield was reached.

The rain had finally stopped, and the clouds were breaking up. Napoleon strained his eyes to find a sentry there but failed. So leaving Marengo with his orderly, he quietly began walking in the field. No sentry anywhere! A ray of light from the moon suddenly shone on something bright in the middle of the field. Stealthily Napoleon walked toward it and found a musket and bayonet on the damp ground, as well as a sentry asleep under a cornshock! Quietly the Emperor picked up the musket and stood like a statue, keeping guard, yet watching his man. Presently the brightness of the moon wakened the sleeping sentry. He rubbed his eyes, looked around, noticed his musket gone, and rolled out on hands and knees. There, looking up, he met the bent head and stern eyes of the Emperor.

“Mon Dieu! C’est l’Empereur!” Springing to attention, he stood shaking before Napoleon. Falling on his knees, he pleaded, “Sire, take my bayonet and kill me yourself!”

It is said that Napoleon replied, “Corporal! You know your fate tomorrow morning. But listen – I have kept your watch and guard – your life is spared. Resume guard!” From that time on, what would not that soldier do for his Emperor?!

This was grace! But grace does not permit continued transgression. Romans 6:1, 2, 15, 16. Grace brings salvation as a gift, through faith. And grace is what Christ offers us as a result of His death in our place. Ephesians 2:8-10. 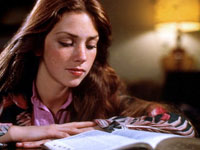 Faith, on the other hand, “is the substance of things hoped for, the evidence of things not seen.” Hebrews 11:1. Faith is taking God at His word. It is simply and literally believing that God says what He means and means what He says. In other words, His promises are sure. We can place our utmost confidence in Him and never be disappointed. Faith is the power which enables the born-again Christian to accept the grace of Christ and appropriate Christ’s righteousness for Himself. Faith overcomes the world. 1 John 5:4.

Contrary to much common preaching, faith does not make void God’s law but establishes it! Romans 3:31. When by faith we accept the grace of Christ, we will want to and will also be enabled to keep the law of God, which can be summed up under one heading – LOVE. And love has two divisions – love to our God and love to our fellowmen. In fact, love is the fulfilling of the law. Romans 13:9,10. True love keeps the commandments, because the law is a transcript of God’s character, which is love. When our children truly love us, they seek to please us by cheerful obedience. Thus, if we love God, we will do His bidding. “If ye love Me, keep My commandments.” John 14:15.

It is necessary to distinguish between the moral law (the Ten Commandments), which is eternal, and the ceremonial laws, which were nailed to the cross. The ceremonial law was a temporary one of types and shadows pointing to the sacrifice of Christ as the Lamb of God for the sins of the world. It was written by Moses on parchment at God’s command. Deuteronomy 31:24-26. After Christ’s death on the cross, the ceremonial or sacrificial laws had no further significance. See Colossians 2:14-17.

By contrast, the Ten Commandments, the transcript of God’s very character, are eternal. “… All His commandments are sure. They stand fast for ever and ever,…”Psalm 111:7, 8. The Ten Commandments were not only spoken directly by God but were also inscribed on enduring stone by God Himself. Exodus 20:1,19; 31:18; 25:16.

What the moral law can and cannot do

The law can do several things for the sinner. It can give him a knowledge of sin and condemn him. Romans 3:23, 19. In other words, it acts as a spiritual mirror to show where we have done wrong. James 1:23-25. It judges man. See James 2:10-12. And it acts as a schoolmaster to bring us to Christ, who alone can forgive our transgression of the law. Galatians 3:24.

There is also much that the law cannot do for the sinner. It cannot forgive him. Romans 3:20. Nor can it make him want to obey God or be subject to His law. Romans 8:7. The law points us to Christ. Christ does not condemn us, for the law has already done that; instead, He pardons the repentant sinner freely and completely. Acts 13:38, 39. Jesus becomes our righteousness and sanctification, our Redeemer. Thus when a sinner is forgiven, the Lord writes the law within his heart and helps him to overcome sin. Hebrews 8:10.

Characteristics of the law 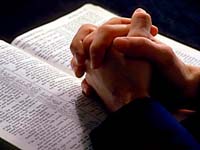 Whether he acknowledges it or not, every human being is a sinner. Not one is good. All have come short of the expectations our Creator has for us. Romans 3:23. Likewise we need to remember that God’s moral law, the Ten Commandments (found in Exodus 20:2-17), is a perfect law. It is holy, just, and spiritual. Romans 7:12, 14. It is referred to further in the Scriptures as the Royal Law. When we keep its precepts, we become sons and daughters of the King of the universe! What a privilege! James 2:8. The psalmist David, called it the perfect law in Psalm 19:7. James called it the perfect law of liberty. Remember, also, that God’s law is eternal. It will stand forever and ever. Psalm 111:7, 8.

How wonderful it is that grace, faith, love, and the law complement one another to make it possible for the sinner to be saved! Marvelous love of our wonderful Heavenly Father! Let’s appreciate and accept His loving plan for our salvation!

Lesson 19 will help us understand how a converted man changes. It will show how prayer is the breath of a Christian

Am I upon life’s sea alone
With no sure hand upon the helm,
My bark so frail, unseen, unknown,
Upon a vast, uncharted deep,
E’er at the mercy of the winds
And billows high that o’er me sweep?

Nay, nay! I sail a charted sea,
And I have One who knows the way
To yonder shore, to pilot me.
The winds may blow, the billows roar,
But He who at the helm doth stand,
Hath sailed the sea of life before.

He knows the way, my Pilot brave –
And when temptation’s winds arise,
He from their power my back doth save,
For he hath braved that storm before.
And when the waves of suffering roll,
With awful might my frail bark o’er –

He steers a course so true, so sure
That I with Him the billows ride,
Made strong through suffering endure.
When in the dark I cannot see,
I feel His presence ever near
And rest – for Jesus pilots me.