What will happen after Jesus returns? 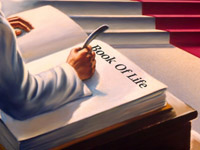 At the turn of the millennium, people all over the world asked questions similar to those the disciples once asked Jesus. “Tell us, when shall these things be? and what shall be the sign of Thy coming, and of the end of the world?” (Matthew 24:3 KJV). Some people wondered if the year 2000 would start the millennium referred to in the book of Revelation.

Revelation 20 mentions a final thousand-year period, or millennium, six times. This millennium will be the last in the history of sin. Three facts cause many people to believe this: (1) The fulfillment of prophecy indicates that the beginning of the final millennium must be very near. (2) Bible and historical records show that the world is about six thousand years old. (3) God does many things in sevens, seven being the number of completion, or perfection. Since no precise time records extend back to creation, the exact beginning of the seventh millennium is unknown–just as the Lord intended. Matthew 24:36. During the final millennium God will be …

1. What events will lead up to the millennium?

a) The greatest natural catastrophes ever to happen on earth will take place. 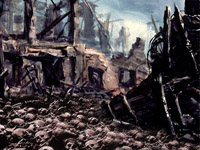 “Then the sky receded as a scroll when it is rolled up, and every mountain and island was moved out of its place.” “And there were noises and thunderings and lightnings; and there was a great earthquake, such a mighty and great earthquake as had not occurred since men were on the earth…. And great hail from heaven fell upon men, every hailstone about the weight of a talent [about 50 pounds]” (Revelation 6:14; 16:18, 21). (Job 38:22-23. Read all of Revelation 16.) These catastrophes will be similar to, but much worse than, the plagues in Egypt. Exodus, chapters 7-12.

b) Christ will return from heaven.
“For the Lord Himself will descend from heaven with a shout, with the voice of an archangel, and with the trumpet of God” (1 Thessalonians 4:16).

d) Those who are resurrected from their graves and the living righteous will be taken to heaven.
“The dead in Christ will rise first. Then we who are alive and remain shall be caught up together with them in the clouds to meet the Lord in the air” (1 Thessalonians 4:16-17).

e) The wicked will be destroyed.
“When the Lord Jesus is revealed from heaven with His mighty angels, [He will] in flaming fire [take] vengeance on those who do not know God, and on those who do not obey the gospel of our Lord Jesus Christ. These shall be punished with everlasting destruction” (2 Thessalonians 1:7-9).

2. What will take place during the one thousand years?

a) Earth will lie waste.
“I beheld the mountains, and indeed they trembled, and all the hills moved back and forth. I beheld, and indeed there was no man, and all the birds of the heavens had fled. I beheld, and indeed the fruitful land was a wilderness, and all its cities were broken down at the presence of the Lord, by His fierce anger. For thus says the Lord: ‘The whole land shall be desolate; yet I will not make a full end’” (Jeremiah 4:24-27). The prophet looked into the future and saw the earth still trembling from the mighty earthquake. The earth is desolate because the righteous are in heaven and the wicked are dead.

b) Satan will be imprisoned in the empty, endless wilderness of this earth.
“Then I saw an angel coming down from heaven, having the key to the bottomless pit and a great chain in his hand. He laid hold of the dragon, that serpent of old, who is the Devil and Satan, and bound him for a thousand years; and he cast him into the bottomless pit, and shut him up, and set a seal on him, so that he should deceive the nations no more till the thousand years were finished” (Revelation 20:1-3). The devil’s “hands are tied” since there will be no humans to tempt on the whole desolate earth; for, when the Lord came, He transported all the righteous to heaven (1 Thessalonians 4:16-17), and all the wicked were destroyed by the brightness of His coming. 2 Thessalonians 2:8. He can only roam the earth, awaiting his execution. He will be powerless to change his situation. There is no mischief left for him to do.

c) The righteous, residing in heaven, will judge the wicked.

“They shall be priests of God and of Christ, and shall reign with Him a thousand years” (Revelation 20:6). “Do you not know that the saints will judge the world? And if the world will be judged by you, are you unworthy to judge the smallest matters? Do you not know that we shall judge angels?” (1 Corinthians 6:2-3). With Christ, the redeemed will examine the records (Jeremiah 2:22) and determine the penalty for Satan, his angels, and those who refused salvation.

3. What events will take place at the end of the one thousand years?

a) New Jerusalem will descend from heaven to earth!
“I, John, saw the holy city, New Jerusalem, coming down out of heaven from God, prepared as a bride adorned for her husband. And I heard a loud voice from heaven saying, ‘Behold, the tabernacle of God is with men, and He will dwell with them, and they shall be His people. God Himself will be with them and be their God’” (Revelation 21:2-3). Jesus will place His feet upon the Mount of Olives. It will split in two, making a clean, wide space for the city. Zechariah 14:4. God will move His administration to His new home on earth!

b) The second resurrection, also called the resurrection of damnation, will take place.
“But the rest of the dead did not live again until the thousand years were finished” (Revelation 20:5, second part). (See note to point 1c.)

c) After the wicked are raised from the dead, Satan will be back in business. 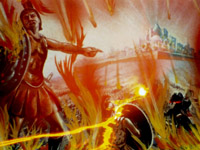 “When the thousand years have expired, Satan will be released from his prison and will go out to deceive the nations … to gather them together to battle, whose number is as the sand of the sea. They went up on the breadth of the earth and surrounded the camp of the saints and the beloved city” (Revelation 20:7-9). Satan convinces the wicked multitudes that they can take possession of the city. They unite in a last desperate attack against God and the saints.

d) Then, Satan and all the wicked–one can say, all wickedness–will be forever destroyed.
“And fire came down from God out of heaven and devoured them…. Anyone not found written in the Book of Life was cast into the lake of fire” (Revelation 20:9, 15).

e) The lake of fire will purify the earth.
“But the day of the Lord will come … in which … the elements will melt with fervent heat; both the earth and the works that are in it will be burned up…. All these things will be dissolved…. The heavens will be dissolved” (2 Peter 3:10-12). Although surrounded by the lake of fire that has melted and will consume all the polluted elements of earth, the righteous are safe within the walls of the city–as Noah and his family were within the ark.

At this point, we can say the books containg the records of sin are balanced and closed. It is possible that they also will be cast into the lake of fire. (Micah 7:19. This lake of fire is “hell,” “the place of punishment.”)

4. What will take place after the millennium?
“Then He who sat on the throne said, ‘Behold, I make all things new.’ And He said to me, ‘Write, for these words are true and faithful’” (Revelation 21:5).

5. What comforting assurance does God give us through the prophet John? 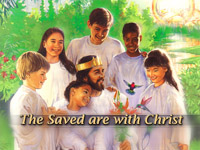 The events at the end of the millennium will be the final ordeal. Then, the new world! It will be the perfect, everlasting home of all who responded to God’s great love.

What about … GOD’S LIVE IN DEALING WITH SIN?

• Why is it harmful to believe that God will torture people in hell forever?
This very unfortunate and unreasonable misunderstanding of the Bible has caused a lot of people to turn away from God. Although justice calls for a fair punishment for sin, we also need to consider what God’s unerring word says about His final dealing with the impenitent. If God loves sinners, would He torture them forever? If God is just, would He torment forever someone who sinned for only eighty years? If God enjoys beauty, how would He endure the ugly sight of tormented beings? On the other hand, would we enjoy heaven or our dwelling place on the recreated earth if our loved ones were suffering pain for all eternity in hell?

The Bible teaching about the destiny of the ungodly will be covered in Lesson 26.

Now that we’ve gone all the way into heaven, let’s return to earth to answer more questions. Are morals subjective or absolute? Does it matter whether we build our homes on a cliff or on a rock? Lesson 12 describes “A Secure Foundation on Which to Build Our Lives.”