Lesson 9 – Laodicea and The Shaking

There is a great deal of discussion on the part of some as to the identity of “Laodicea,” as described in Revelation 3:14-21. Please read all of these verses very carefully.

To clear the first obstacle, let us agree that Laodicea is the last of the seven churches, and therefore must apply to the last church before Christ’s second coming. Concerning this the Spirit of prophecy testifies as follows:

The condition of this church is described as lukewarm, poor, wretched, blind, and naked. 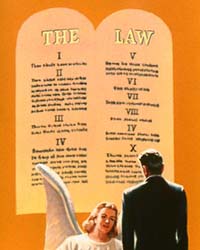 No one in such a condition is acceptable to God. For this reason, God says: “So then because thou art lukewarm, and neither cold nor hot, I will spue thee out of My mouth.” Rev. 3:16. Note that the warning uses the positive form, “I WILL, ” which leaves no doubt that this threatened judgment will be fulfilled.

Does the impact of this prophetic word startle you? It should! Are you not a Seventh-day Adventist? And does the Laodicean message not embrace you too? Perhaps you never looked at it from this angle before, but the accusing finger is pointed at you also. Are the conditions described (lukewarm, poor, wretched, blind, and naked) found in your life, if not totally, then in part?

Now you may have become concerned, and rightly so. You are not alone; there are thousands of earnest brothers and sisters who also feel impressed to examine their lives on this point. Yes, this could almost take all joy and the light of sunshine from Heaven out of our Christian experience if it were not for the consolation given later, as the True Witness pleads with us to buy of Him (Christ) the gold of faith and love, the white raiment of Christ’s righteousness, and the eyesalve of the Holy Spirit.

This very subject under consideration was shown to Sister White in vision. If you turn to the book Early Writings, pp. 269-273, there is one complete chapter devoted to this topic under the title “The Shaking.” If you do not have this small book, please obtain it and then read the entire chapter.

“I asked the meaning of the shaking I had seen and was shown that it would be caused by the straight testimony called forth by the counsel of the True Witness to the Laodiceans.”

So the Laodicean message causes the shaking by enlightening God’s people as to their sinful condition.

As soon as you begin to be deeply concerned about your spiritual condition after learning of your lukewarm, poor, blind and naked state, and as you begin to seek God in earnest prayer and agonizing spirit, you will join the group described by Sister White:

“I saw some with strong faith and agonizing cries pleading with God. Their countenances were pale and marked with deep anxiety, expressive of their internal struggle.” – Early Writings, p. 269.

Yes, this is a struggle. Why? Because your eternal salvation is at stake. Remember this: To be spewed out means simply TO BE ETERNALLY LOST. You cannot afford to let this happen to you.

As we look a little deeper into the chapter “The Shaking,” we notice a description of a darkness that envelops the praying company. “What kind of darkness is this?” you may ask. Here is the answer: Speaking of the straight testimony, which causes the shaking, it says:

“This will have its effect upon the heart of the receiver, and will lead him to exalt the standard and pour forth the straight truth.” – Early Writings, p. 270 (emphases ours).

Then these praying ones are deeply concerned about the lowering of some church standards or fundamental truths which the Adventists believe in, and the ignoring of the cutting truths that keep the church pure.

It follows that if a church lowers her established standards she permits sin and sinners to enter the church; and if she does not preach the straight truth, she uses policy to please men instead of exalting the truth to please God.

In this connection we are reminded of a prophetic vision of Ezekiel. Turn to Ezekiel 9 and observe the implication. We see six men with destructive weapons, and one carries a writing instrument (verse 2). Then the command is given in verse 4, “Go through the midst of the city, through the midst of Jerusalem, and set a mark upon the foreheads of the men that sigh and that cry for all the abominations that be done in the midst thereof.”

Here the deep concern shifts from one’s personal condition to that of the church at large, which is composed of individuals. What is the concern? The men are sighing and crying for the abominations. In the chapter, “The Shaking,” which we touched on before, it indicates that the church standards have been lowered and the truth perverted. Here the sighing, crying ones are deeply concerned about abominations in the church. Then, somehow, backsliding into apostasy must have occurred. And this is the very thing that causes the honest souls to act. And if the apostasy is deeply rooted, then the call for a reformation is a God-given, imperative call. The relationship between the shaking and the people of Laodicea should now be clear.

There is still one important question to answer concerning Laodicea, which is uppermost in the mind of every true Adventist. Is it possible for the Laodicean church to fall, or can this never happen? Let us go to the Testimonies again and see for ourselves:

(1) “I was shown that dreadful scenes are before us; Satan and his angels are bringing all their powers to bear upon God’s people. He knows that if they sleep a little longer he is sure of them, for their destruction is certain.” – Testimonies, vol. 1, p. 263.

(2) “Jerusalem is a representation of what the church will be if it refuses to walk in the light that God has given.” – Testimonies, vol. 8, p. 67.

(3) “The church will be weighed in the balances of the sanctuary. If her moral character and spiritual state do not correspond with the benefits and blessings God has conferred upon her, she will be found wanting.” – Testimonies, vol. 5, p. 83.

(4) “I have seen that self-glorification was becoming common among Seventh-day Adventists and that unless the pride of man should be abased and Christ exalted we should, as a people, be in no better condition to receive Christ at His second advent than were the Jewish people to receive Him at His first advent.” – Testimonies, vol. 5, pp. 727,728.

(5) “Because they failed of fulfilling God’s purpose, the children of Israel were set aside, and God’s call was extended to other peoples. If these too prove unfaithful, will they not in like manner be rejected?” – Christ’s Object Lessons, p. 304. (All emphases ours. )

These five statements make it very clear that the testimonies of warning given to the church are no idle threats but that, indeed, if not faithful, the church can and will be rejected by the Lord.