The last point of our previous lesson asserts that a definite Reformation was prophesied for the Seventh-day Adventist Church. In this lesson we will present evidence to support this assertion. The first point we shall investigate is the apostasy of God’s professed people; then, some statements showing that the history of Israel is indeed a valid object lesson for Adventists today; and finally, testimonies pointing to the predicted Reformation.

Let us first trace the Advent Movement from its beginning. 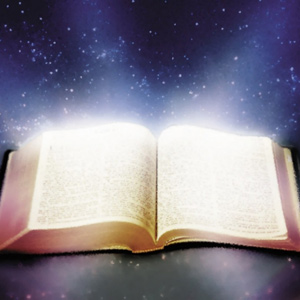 1844. “A spirit of solemn and earnest prayer was everywhere felt by the saints. A holy solemnity was resting upon them. Angels were watching with the deepest interest the effect of the message, and were elevating those who received it, and drawing them from earthly things to obtain large supplies from salvation’s fountain. God’s people were then accepted of Him. Jesus looked upon them with pleasure, for His image was reflected in them.” – Early Writings, p. 239.

“We were indeed a peculiar people. We were few in numbers, without wealth, without worldly wisdom or worldly honors; and yet we believed God and were strong and successful, a terror to evildoers. Our love for one another was steadfast; it was not easily shaken. Then the power of God was manifested among us, the sick were healed, and there was much calm, sweet, holy joy.” – Testimonies, vol. 5, p. 534.

This was certainly a wonderful, inspiring condition. But we are made sad as we read that a change for the worse began taking place soon after this time. Read the following record:

1852. “As I have of late looked around to find the humble followers of the meek and lowly Jesus, my mind has been much exercised. Many who profess to be looking for the speedy coming of Christ are becoming conformed to this world and seek more earnestly the applause of those around them than the approbation of God. They are cold and formal, like the nominal churches from which they but a short time since separated. The words addressed to the Laodicean church describe their condition perfectly.” – Early Writings, p. 107.

1856. “Oh, the pride that was shown me of God’s professed people! It has increased every year, until it is now impossible to designate professed advent Sabbathkeepers from all the world around them.” – Testimonies, vol. 1, p. 135.

1865. “The people are overcharged with surfeiting and drunkenness and the cares of this life. They are entering deeper and deeper into a spirit of worldly enterprise. . . . Spirituality and devotion are rare.” – Testimonies, vol. 1, p. 469.

1882. “As Jesus views the state of His professed followers today, He sees base ingratitude, hollow formalism, hypocritical insincerity, pharisaical pride and apostasy.

“…The church has turned back from following Christ her Leader and is steadily retreating toward Egypt.” – Testimonies, vol. 5, pp. 72, 217.

1888. “The facts concerning the real condition of the professed people of God speak more loudly than their profession, and make it evident that some power has cut the cable that anchored them to the Eternal Rock, and that they are drifting away to sea without chart or compass.” – Review and Herald, July 24, 1888.

1891. “The church has long been contented with little of the blessing of God; they have not felt the need of reaching up to the exalted privileges purchased for them at infinite cost. Their spiritual strength has been feeble, their experience of a dwarfed and crippled character, and they are disqualified for the work the Lord would have them to do.” – Testimonies to Ministers, p. 175.

1893. “‘And thou, Capernaum (Seventh-day Adventists, who have had great light), which art exalted unto heaven (in the point of privilege), shall be brought down to hell: for if the mighty works, which have been done in thee, had been done in Sodom, it would have remained until this day.’ Matt. 11:23.” – Review and Herald, August 1, 1893.

1895. “The conviction is gaining ground in the world that Seventh-day Adventists are giving the trumpet an uncertain sound, that they are following in the path of worldlings.” – Testimonies to Ministers, p. 86.

1903. “Who can truthfully say: ‘Our gold is tried in the fire; our garments are unspotted by the world’? I saw our instructor pointing to the garments of so-called righteousness. Stripping them off, He laid bare the defilement beneath. Then he said to me: ‘Can you not see how they have pretentiously covered up their defilement and rottenness of character? “How is the faithful city become an harlot!” My Father’s house is made a house of merchandise, a place whence the divine presence and glory have departed.'” – Testimonies, vol. 8, p. 250.

This is a terrible revelation of the true condition of God’s professed people. No one can deny it, and the consequences must be faced unless a decided change is made.

“Now all these things happened unto them for ensamples: and they are written for our admonition, upon whom the ends of the world are come.” 1 Cor. 10:11.

“In every age there is given to men their duty of light and privilege, a probationary time in which they may become reconciled to God. But there is a limit to this grace. Mercy may plead for years and be slighted and rejected; but there comes a time when mercy makes her last plea. The heart becomes so hardened that it ceases to respond to the Spirit of God. Then the sweet, winning voice entreats the sinner no longer, and reproofs and warnings cease.

“That day had come to Jerusalem. Jesus wept in anguish over the doomed city, but He could not deliver her. He had exhausted every resource. In rejecting the warnings of God’s Spirit, Israel had rejected the only means of help. There was no other power by which they could be delivered.

“The Jewish nation was a symbol of the people of all ages who scorn the pleadings of Infinite Love. The tears of Christ when He wept over Jerusalem were for the sins of all time. In the judgments pronounced upon Israel, those who reject the reproofs and warnings of God’s Holy Spirit may read their own condemnation.” – Desire of Ages, p. 587.

“I saw that at present we are under divine forbearance, but no one can say how long this will continue.” – Testimonies, vol. 5, p. 76.

“Jerusalem is a representation of what the church will be if it refuses to walk in the light that God has given.” – Testimonies, vol. 8, p. 67.

1890. “Twenty-nine years ago, when many were predicting that nations would never again lift up sword against nation, neither should there be war any more, the following impressive warning was given: ‘The tempest is coming, and we must get ready for its fury, by having repentance toward God, and faith toward our Lord Jesus Christ. The Lord will arise to shake terribly the earth. We shall see troubles on all sides. Thousands of ships will be hurled into the depths of the sea. Navies will go down, and human lives will be sacrificed by millions. Fires will break our unexpectedly, and no human effort will be able to quench them. The palaces of earth will be swept away in the fury of the flames. Disasters by rail will become more and more frequent; confusion, collision, and death without a moment’s warning will occur on the great lines of travel. The end is near, probation is closing. ‘ – Signs of the Times, April 21, 1890.” – The Time and the Work (1920 ed. ), pp. 8, 9.

1904. “Sixteen years ago it was said: ‘The time is nearing when the great crises in the history of the world will have come, when every movement in the government of God will be watched with intense interest and inexpressible apprehension. In quick succession the judgments of God will follow one another – fire and flood and earthquake, with war and bloodshed.
“‘Oh, that the people might know the time of their visitation!’ -Testimonies, vol. 9, p. 97.” – The Time and the Work, p. 9
.
1904. “Again, in the year 1904, the prediction was made: ‘Soon grievous troubles will arise among the nations – troubles that will not cease until Jesus comes. . . . The judgments of God are in the land. The wars and rumors of wars, the destruction by fire and flood, say clearly that the time of trouble, which is to increase until the end, is very near at hand. We have no time to lose. The world is stirred with the spirit of war. ‘ – Review and Herald, Nov. 24, 1904.” – The Time and the Work, p. 9.

1909. “Five years later, or in 1909, the representatives of the General Conference assembled were solemnly charged to prepare their hearts for the terrible scenes of strife and oppression beyond anything they had conceived of, soon to be witnessed among the nations of the earth. The message then was: ‘Very soon the strife and oppression of foreign nations will break forth with an intensity that you do not now anticipate. ‘ – General Conference Bulletin, 1909, p. 57. Five years after this prediction was made, the great World War was precipitated.” – The Time and the Work, p. 10.

1913. “While these calamities were witnessed among the nations of earth, another scene was presented – a great reformatory movement among God’s people.

“‘I have been deeply impressed by scenes that have recently passed before me in the night season. There seemed to be a great movement – a work of revival – going forward in many places. Our people were moving into line, responding to God’s call. . . .

“‘God calls upon those who are willing to be controlled by the Holy Spirit to lead out in a work of thorough reformation. I see a crisis before us, and the Lord calls for His laborers to come into line. Every soul should now stand in a position of deeper, truer consecration to God than during the years that have passed. . . .

“‘The work which the church has failed to do in a time of peace and prosperity she will have to do in a terrible crisis under most discouraging, forbidding circumstances. The warnings that worldly conformity has silenced or withheld must be given under the fiercest opposition from enemies of the faith. . . . The members of the church will individually be tested and proved. They will be placed in circumstances where they will be forced to bear witness for the truth.’ -Testimonies, vol. 5, p. 463.” – The Time and the Work, p. 10.

All of the statements presented in this section appeared in a General Conference publication entitled THE TIME AND THE WORK, issued in 1920. However, in a later edition of the same booklet, the revised edition of 1935, the foregoing testimonies, as well as the comments made by the General Conference, were entirely omitted.